Photographs of items of militaria and other collectables on this website may represent copies of collectable items and should not be used to judge the quality of any individual item, rather as a guide to the identification of such items.

Soldiers with a sewing machine in North Africa, March 1941 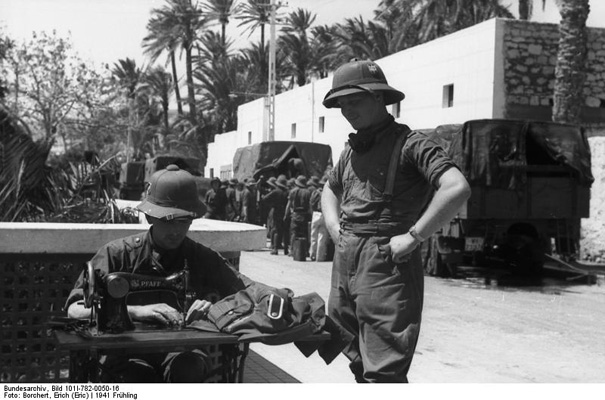