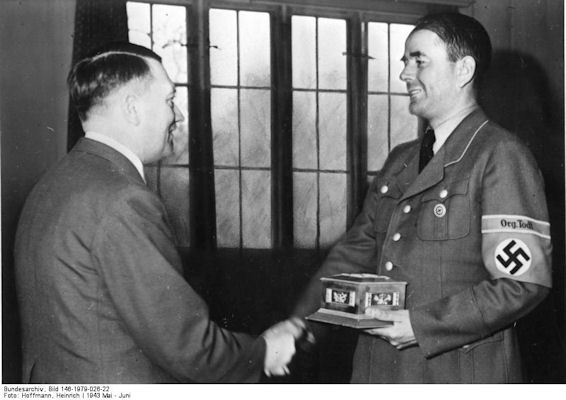 The ring was of the signet type with a large "T" on the face with large swastikas around the body.

This ring was sponsored by the Nationalsozialistischer Bund Deutscher Technik, NSBDT, (National Socialist Union for German Technology) in honor of the late Fritz Todt.
Todt had been the second head of the NSBDT after Gottfried Feder, he was succeeded by Albert Speer.