Polish society suffered heavy human losses during WW2. Polish Jews perished almost totally, ethnic Poles were exterminated too. Nazi Germans planned to get rid of the Polish elites and any opposition to their rule, then transfer 20 million Poles to Siberia, so that Poland could be settled by German colonists. The plan allowed a few million Poles stay as cheap labour force. But all educated people were destined for extermination.
The same fate was planned for Polish elites by Soviet Russians.

The memory of Polish WW2 Golgotha is honoured by thousands of monuments and memorial places all over Poland.

Chojnice, a monument to fallen teachers. As you can guess, I am starting with the photos which are dear to me. 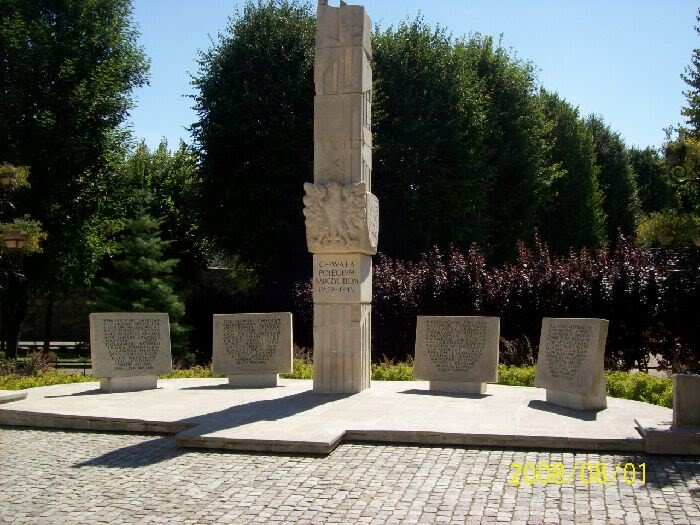 Człuchów, a plaque on the church to honour Poles deported to Siberia by Stalin`s Bolsheviks: To our compatriots murdered, or killed by famine and cold, whose ashes remained for ever in Siberian forests and to those who survived. From Siberian prisoners of Człuchów area. Let them rest in peace. 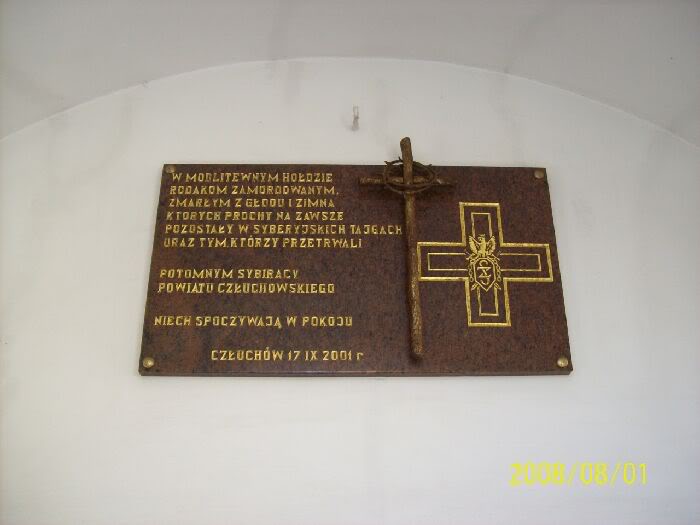 Szydłów - A monument to the fighters and victims of WW2 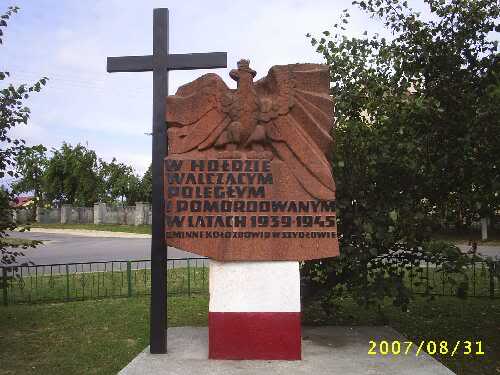 Busko Zdrój - at this place, on 11 July 1944, Home Army diversion group executed a bloody butcher, Gestapo officer, responsible for crimes on partisans and civilians in Busko region - that`s what the street plaque reads. 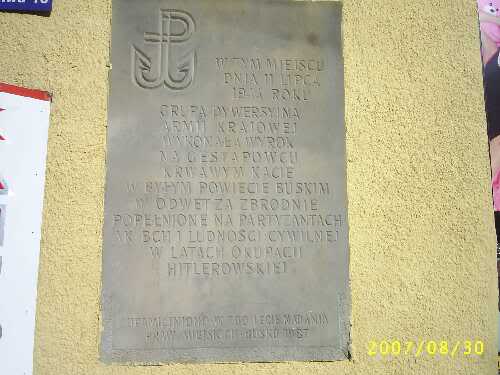 Żnin - to Polish officers born in Żnin area in central Poland, murdered by Stalinist NKVD in Katyń and other places. 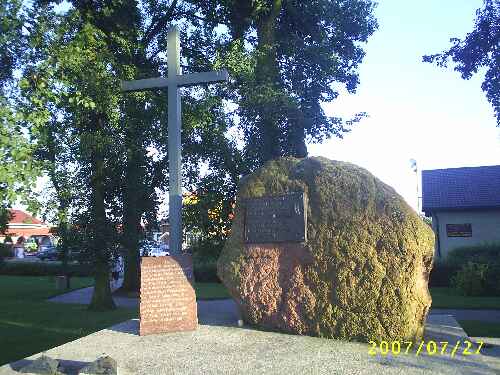 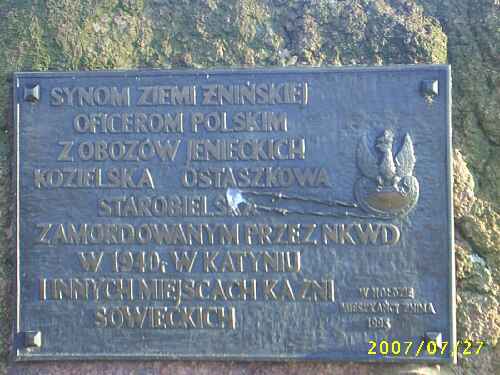 The board lists officers names and jobs: lawyer, teacher, physician, farmer, engineer, merchant. Out of 13 officers only 4 were professional. 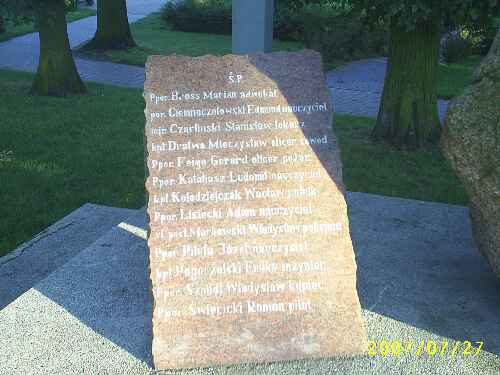 Gdynia - a memorial to Poles deported to Siberia. 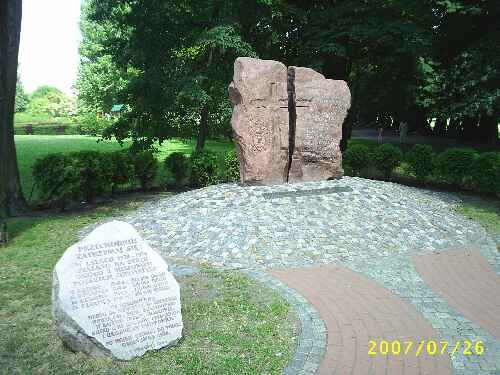 A memorial to Polish Resistance during WW2.

To Soviet soldiers murdered in a nearby Nazi camp. 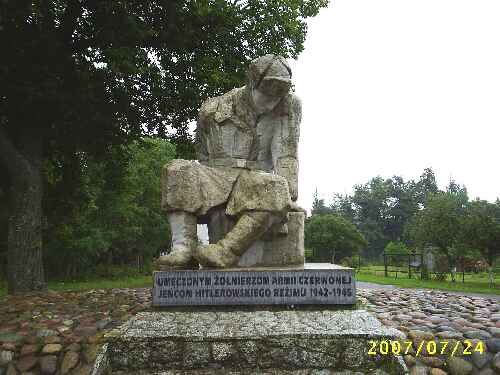 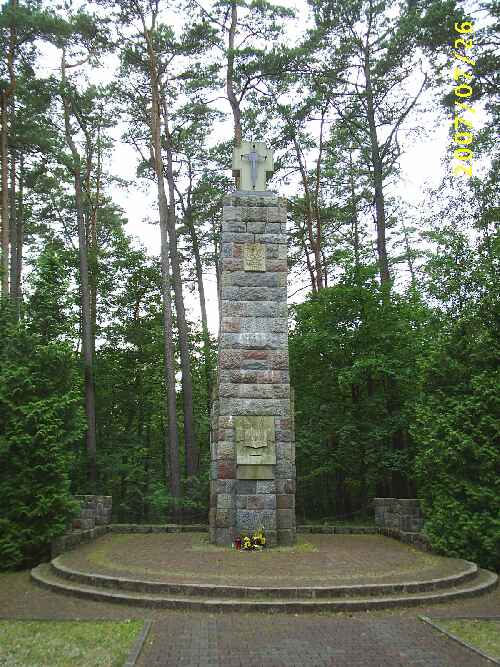 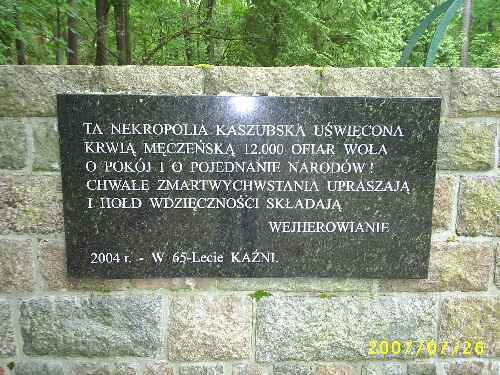 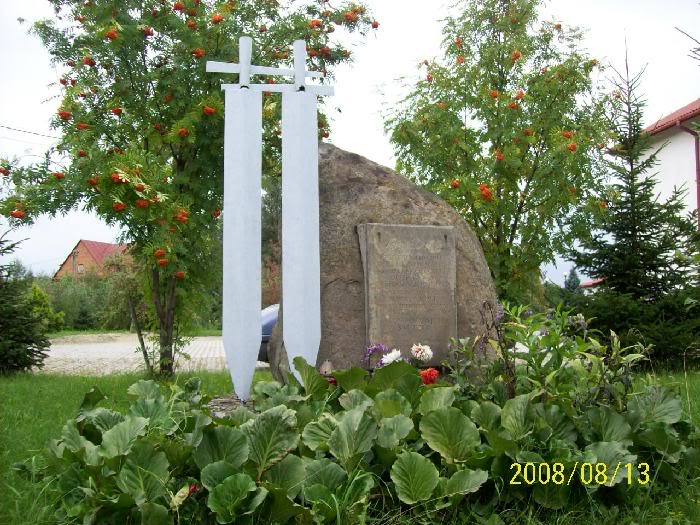 To the soldiers of the underground movement killed in combat with Nazi occupants in Stróże on 10.03.1944. One of the KIA was a British/American? - Sheady Frederick. 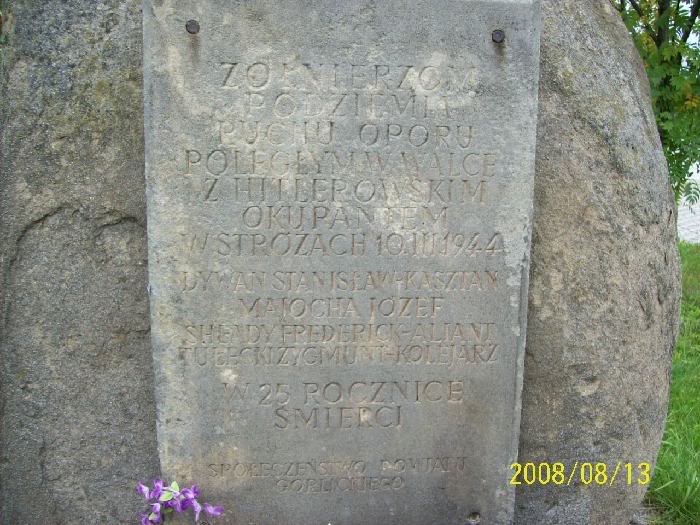 The town of Skalbmierz to the north of Krakow was one of many Polish settlements which experienced the horror of pacification during WW2. It was raided by joint German-Ukrainian forces (about 900 men) on 5 August 1944 while the Eastern front was close. Germans wanted to punish the town for its too close ties with partisans. Actually, the whole region of Pińczów was partisan infested. It is the land known for tough people, in the rest of Poland they are called Penknives, almost as tough as Highlanders.
Local Polish partisans tried to defend the town but greatly outnumbered in men and weapons got dispersed and had to retreat. Afterwards hell was unleashed because German occupants and their Ukrainian scum renegade helpers started murdering the inhabitants.
The commander of the dispersed partisan unit was fatally wounded and taken prisoner. His name was Franciszek Pudo, in conspiracy known as Sokół (Hawk). A German officer tried to interrogate the partisan but without result, though they tortured him. Eventually, Pudo tore off the bandage off his head and threw it into German officer`s face. The latter ordered Ukrainians to execute the partisan, and they stabbed him with bayonets.
The extermination of the residents continued. When more partisans arrived to the site to defend it, the battle began. In the evening, two Soviet tanks, which broke through the nearby front line, helped Polish partisans to repel the enemy.
64 inhabitants of the town were murdered, about 25 partisans were killed, and 100 Germans and Ukrainians. You can see the whole event on the monument`s carvings, together with the list of executed people, including infants and kids. 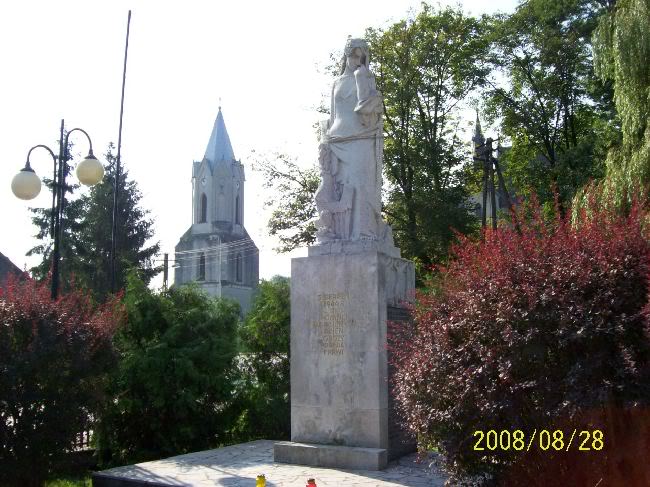 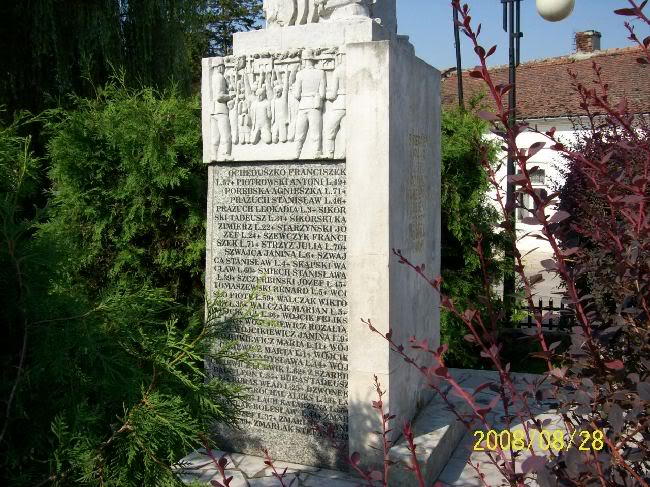 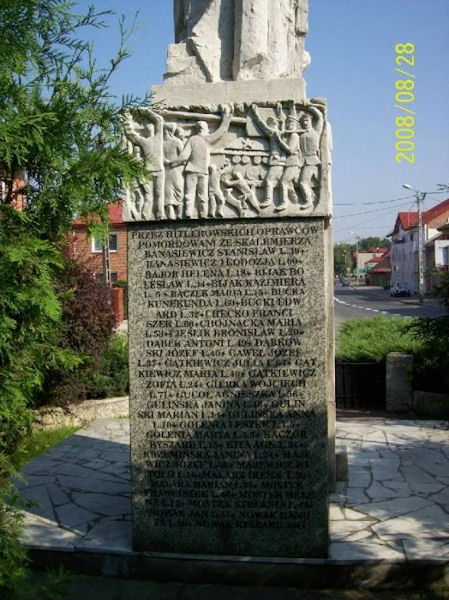 The plaque with names of killed partisans on the wall of the nearby church. 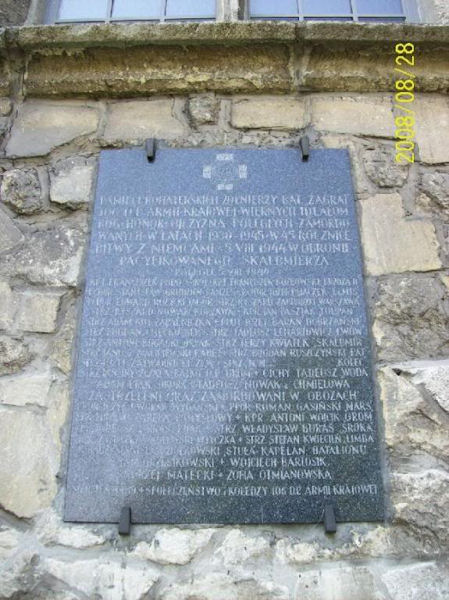 Around Skalbmierz there are more massacre sites. Here, on 28 January, 1944, 20 Polish men were executed by Germans. 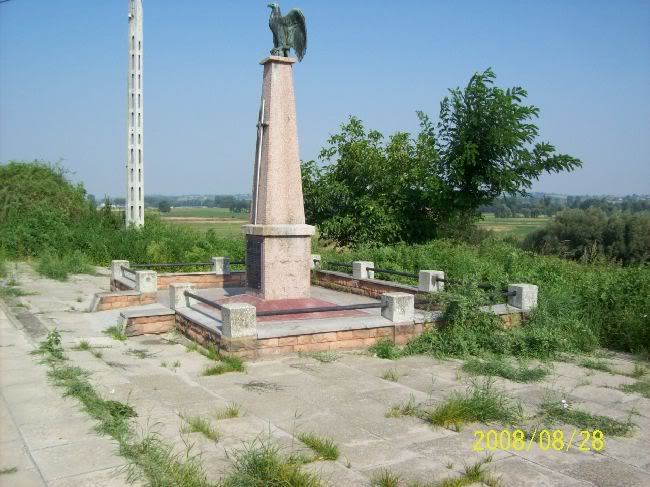 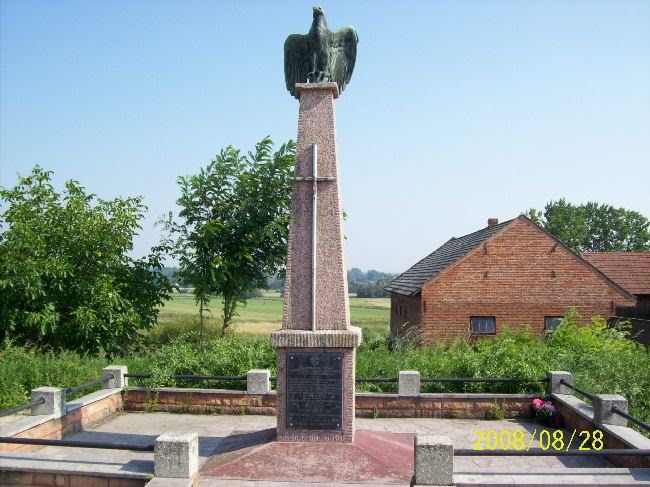 Puszcza Niepołomicka Forest is a site where Germans executed thousands of Poles and Jews during WW2. 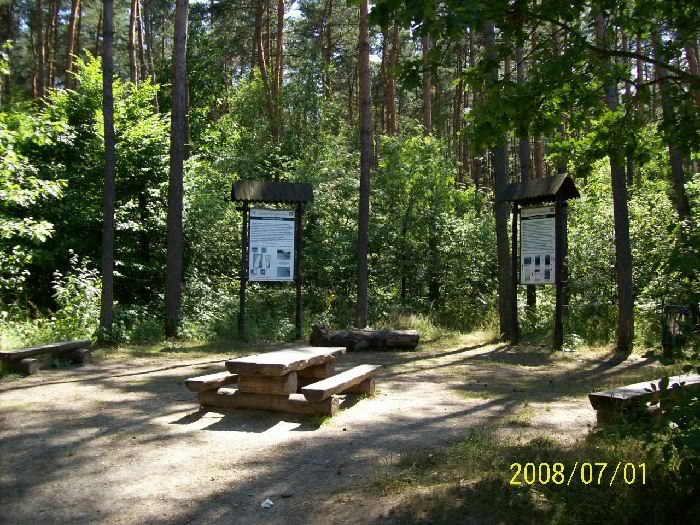 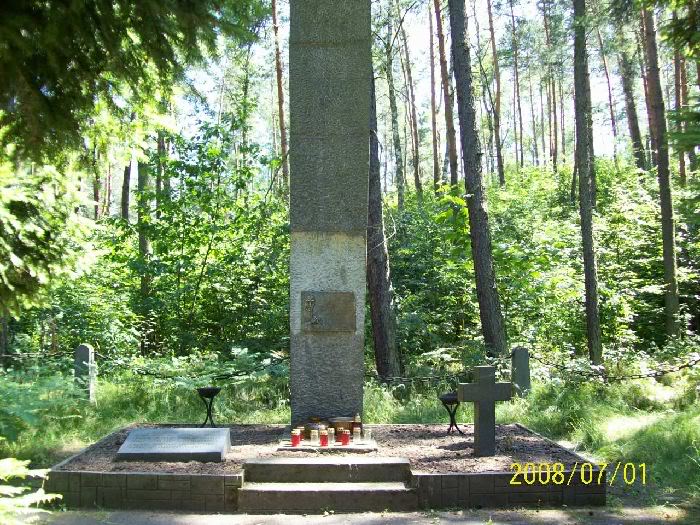 Stanisław Klimecki, the mayor of Krakow, born 1883, executed here by the German occupant on 11 December 1942. 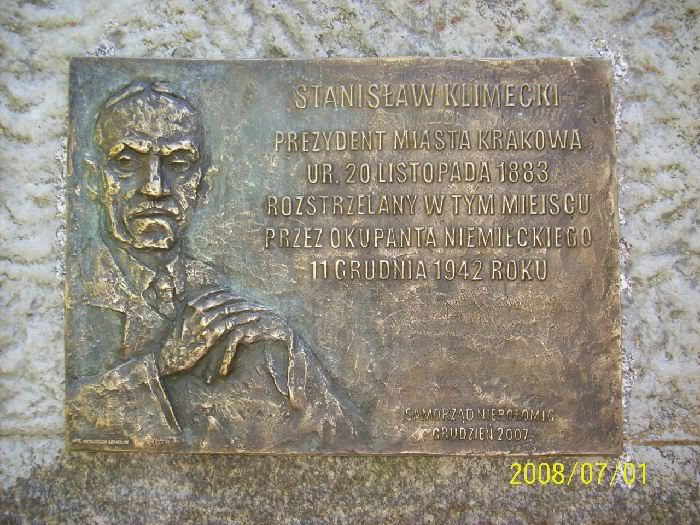 The monument to AK partisans who tried to assassinate Nazi governor of Poland Hans Frank by planting a bomb under the railway bridge. In retaliation, Germans rounded up and executed about 32 inhabitants of a nearby village as well as 50 hostages from Krakow. 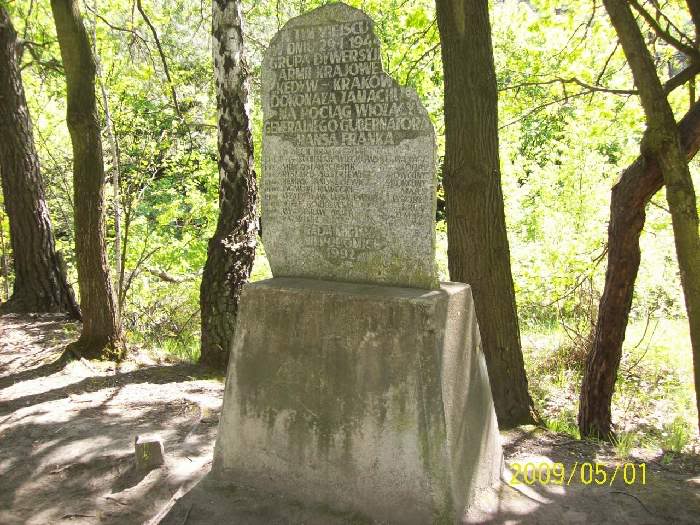 A monument to Polish inhabitants of Niepołomice who died in WW2. 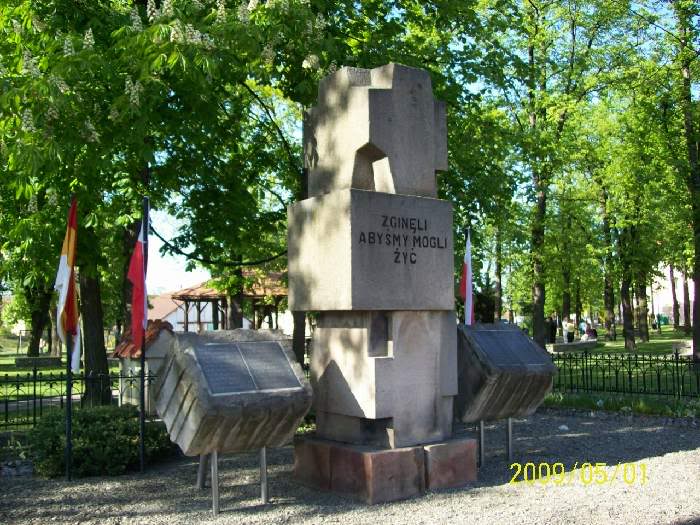 Many buildings in Krakow display similar plaques.
In this building, in years 1941-1945, Polish women were imprisoned, tortured and executed by Nazi murderers. Today it is Old Age Home. 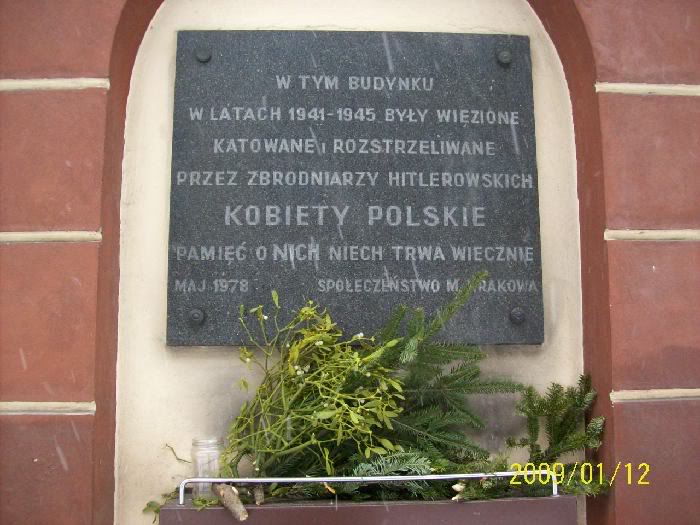 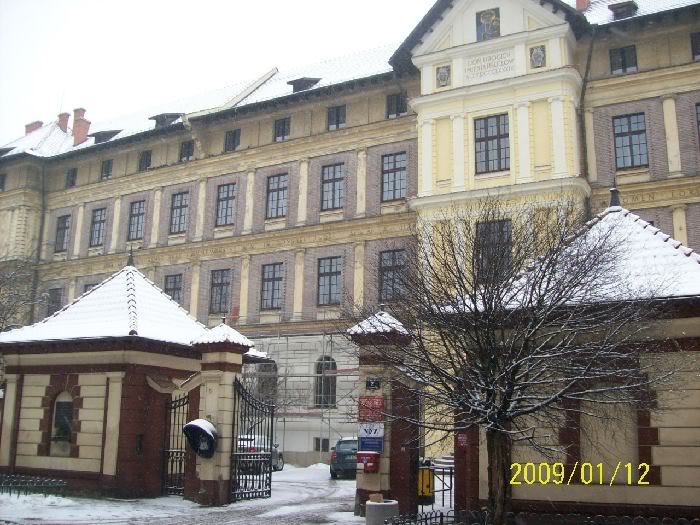 A local church displays names of Poles who had lived in the area and died as underground or regular soldiers during WW2. 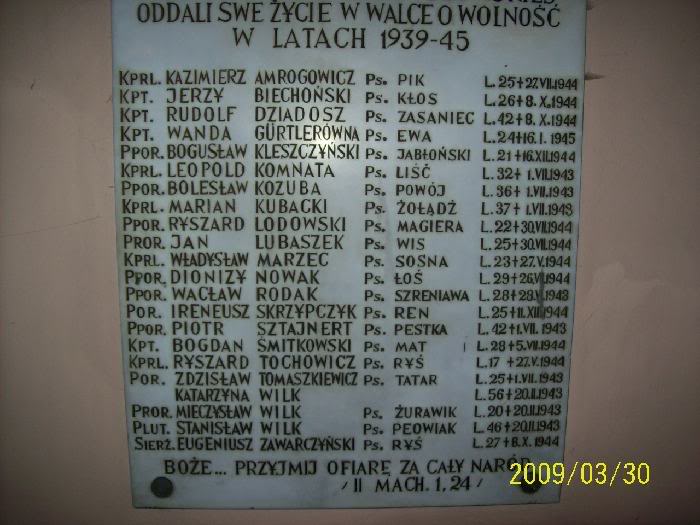 A monument to AK underground soldiers most of whom were scouts. 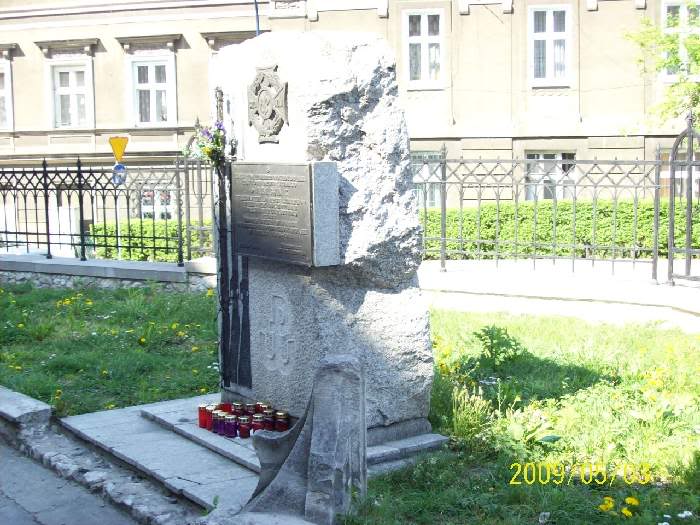 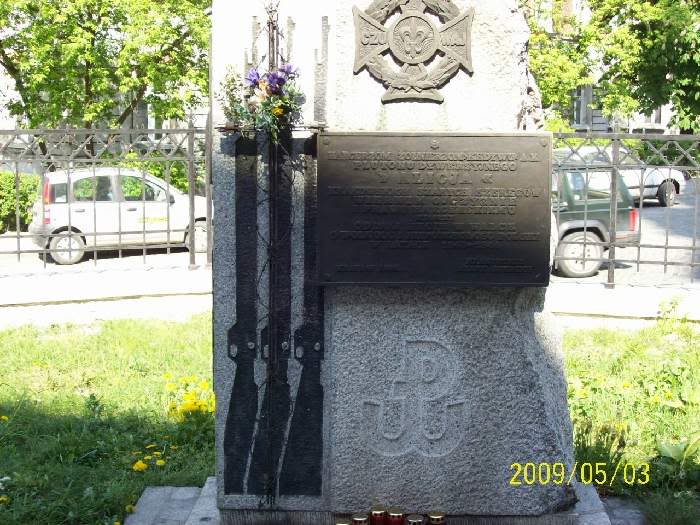 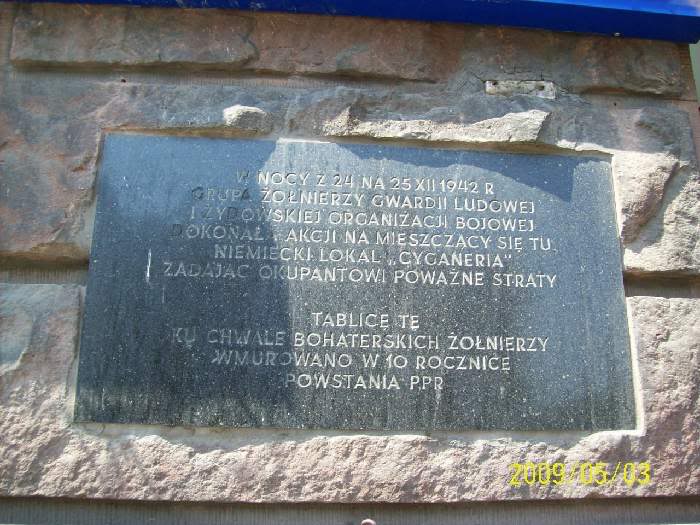