This Holocaust memorial in Miami Beach, Florida was opened on 4 February 1990 and was designed by Kenneth Treister.

The addition of the name of the journalist Daniel Pearl who was murdered in Pakistan in 2002 on the memorial in 2007 means that it is no longer a monument to only victims of the Holocaust. 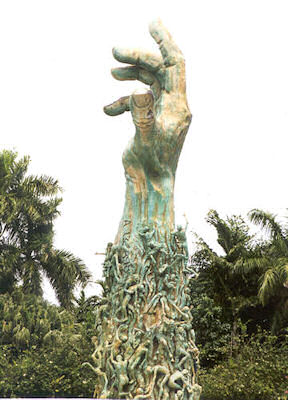 (Courtesy of the National Park Service)