The Holocaust memorial on Kennedy Plaza in front of the City Hall in Long Beach, New York, USA was opened on 7 June 1987.

The texts on the three sides of the memorial reads:
"To the sacred and Eternal Memory of Over One Million Jewish Children; who perished in the Holocaust"
"The Burning Bush which was not Consumed"
"Their Brother Keepers" 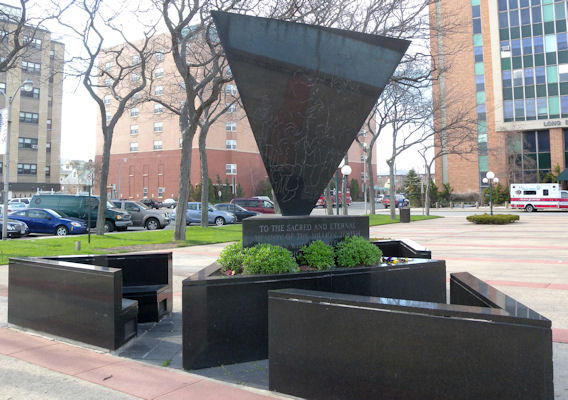