This memorial is located on the Square of the Martyred Jews (Martyron Evreon) in what once was the Jewish quarter in the old town of Rhodes and commemorates the 1.604 Jewish inhabitants of Rhodes and Cos who lost their lives in the Holocaust.

The text on the six sides of the memorial is in a different language and reads: "Never Forget. In eternal memory of the 1604 Jewish martyrs of Rhodes and Kos who were murdered in Nazi death camps, 23 July 1944." 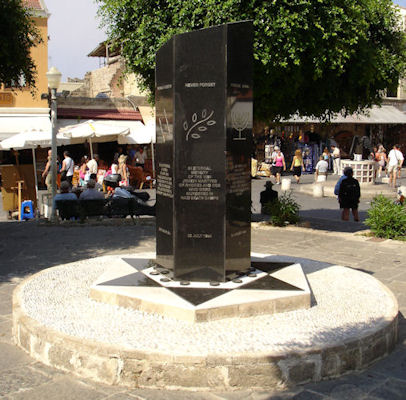 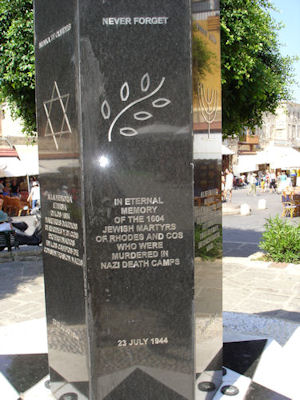