The Holocaust memorial in Baranovichi, Belarus commemorates the Jewish ghetto that existed in the town from 1941 until 1942 when it was emptied and the Jews killed.

The text reads "During 1941—1942 there was a Jewish ghetto in the town; 12 thousands citizens became victims of it." 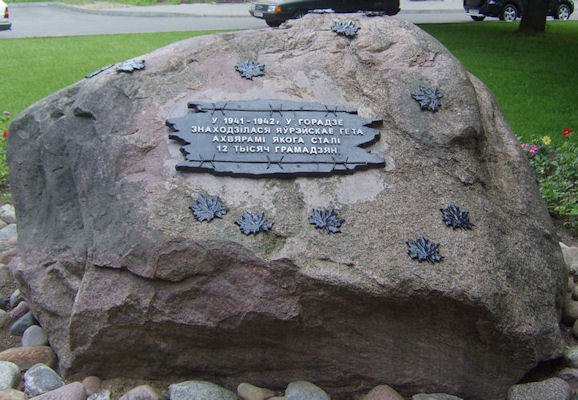