Hotel Metropole at Morzinplatz was used as a headquarter for the Gestapo 1938-1945 and on the Morzinplatz there is now a monument commemorating the Austrian victims made from granite from the Mauthausen camp. The memorial was originally a memorial stone erected by the Federation of Concentration Camp Survivors in 1951 and replaced in 1985 by a larger monument financed by the city of Vienna.

The text reads "Here stood the House of the Gestapo. To those who believed in Austria it was hell. To many it was the gates to death. It sank into ruins just like the 'Thousand Year Reich'. But Austria was resurrected and with her our dead, the immortal victims.” 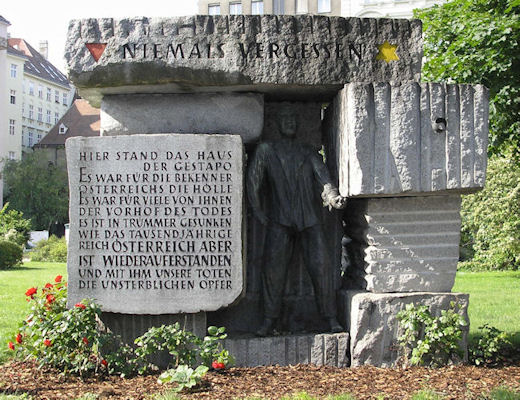 The Judenplatz Holocaust Memorial (Mahnmal für die österreichischen jüdischen Opfer der Schoah) is located on Judenplatz, a square that used to be the center of Jewish life in Vienna, was opened on 25 October 2000 and was designed by Rachel Whiteread.

The text in front of the door reads "In commemoration of more than 65,000 Austrian Jews who were killed by the Nazis between 1938 and 1945." Also engraved on the monument are the names of the camps were Austrian Jews were killed. 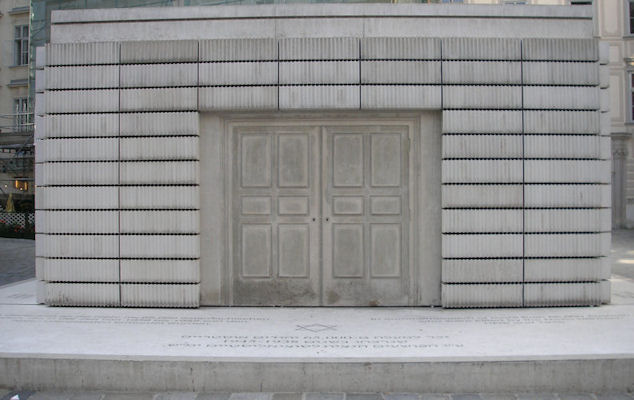