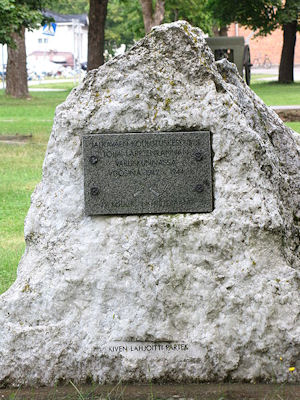 A memorial to Jääkäripataljoona 6 (Jäger Battalion 6, JP 6) in Lappeenranta (Villmanstrand)
The text on the plaque reads: "Jääkäripataljoona 6 was formed here in 1943. The young jaegers fulfilled their duty without question in the fierce battles on Karelian isthmus, Bay of Vyborg and hills of Ilomantsi. This memorial stone was erected by the battalion veterans on 1983." 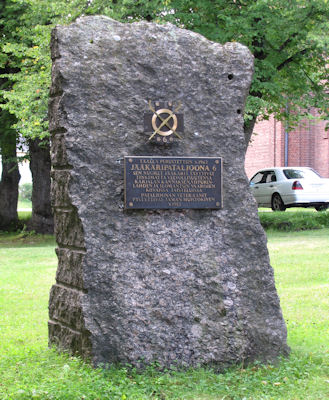 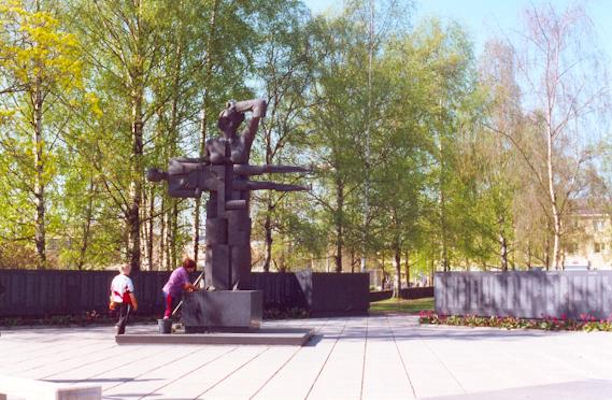