Any German traveling outside of the country was required to get a Reisepass ("Travel Pass"). It was identical in purpose to our Passports.

Two variants are depicted below.
The variant with the Weimar eagle is considered prewar/prenazi but they are frequently found with swastika stampings.
The second variant used the Hoheitszeichen eagle to replace the Weimar eagle.
A third variant differs from the second by the relocation of the eagle over the title "Deutsches Reich". 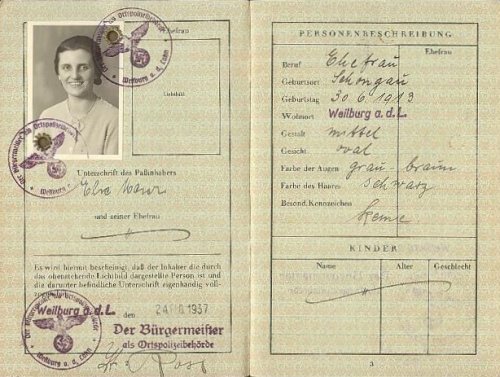 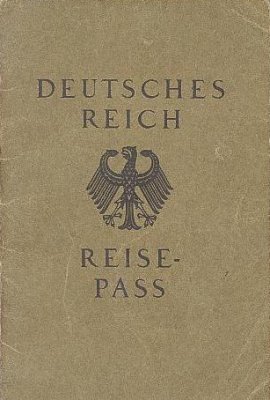 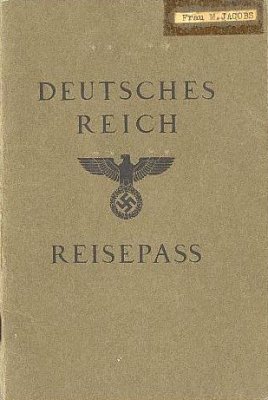