Being injured during the attempt on Hitler's life at the Wolfsschanze 20 July 1944. 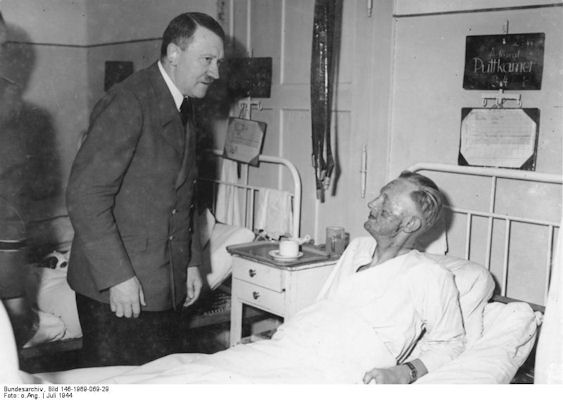 The design of the badge is similar to the regular wound badge with the addition of the date "20 Juli 1944" and Adolf Hitlers signature below the helmet and swords.