Awarded to drivers of military vehicles who served in the military campaigns after 1 December 1940.

It was awarded in three classes:
Bronze - 90 days of service 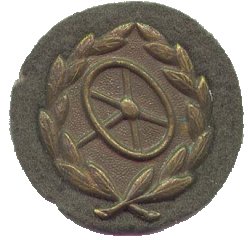 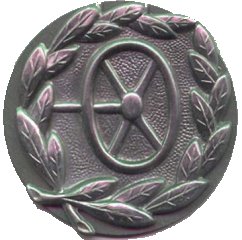 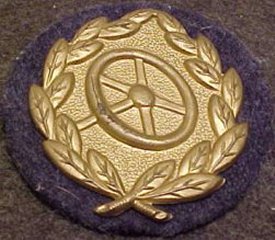 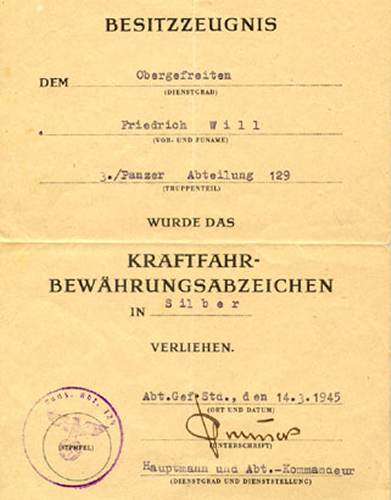 It was also known as the Drivers' Proficiency Badge.

Photo courtesy of The Ruptured Duck