Awarded for service in World War 1.

It was awarded in three classes:
Combatants 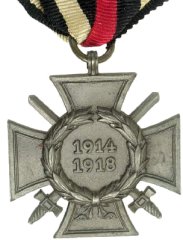 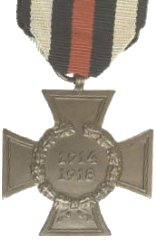 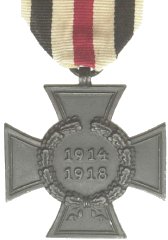 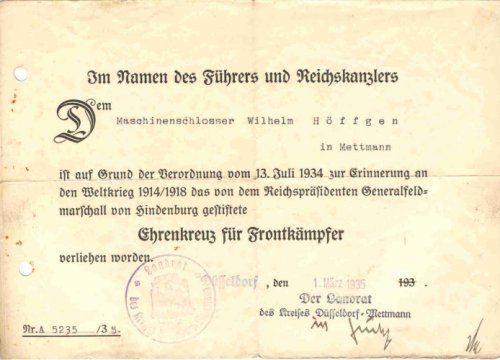 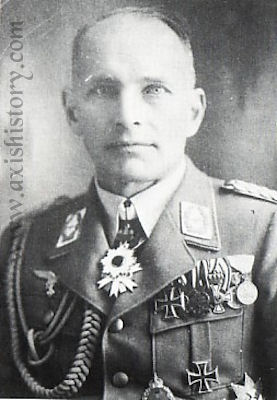 Polizei veteran with his wife 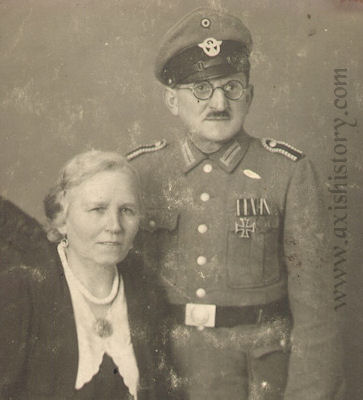 It was designed by Eugene Godet.

By 1940 the people living in the Saar, Danzig, Austria, Czechoslovakia and Memel could also be awarded this Cross of Honor.