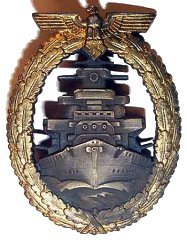 * 12 weeks service on a battleship or cruiser

The number of weeks were reduced if one or more of these conditions were met:
* Being wounded or killed during the voyage
* Performing acts above and beyond the call of duty
* Participation in “Rawalpindi” and “Jan Mayen” 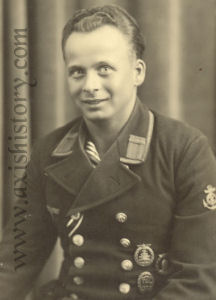 A special variant with diamonds was also produced but it was probably never awarded.

It was designed by Adolf Bock.