Grand Cross of the Iron Cross

Awarded to General Staff officers for strategic decisions affecting the outcome of the war (in a positive way of course).


Hermann Göring after his surrender 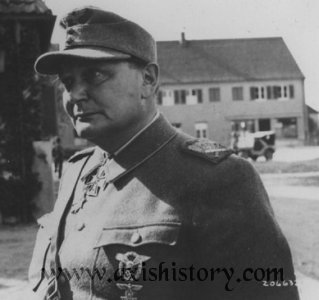 A Star of the Grand Cross was also planned, but never awarded.