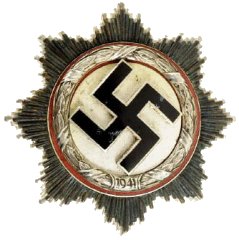 
Major Friedrich Bader wearing both classes of the German Cross 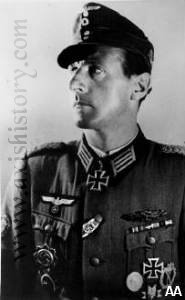 It was designed by Professor Klein.