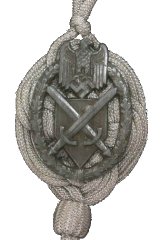 Proficiency award for shooting a rifle or machine gun. 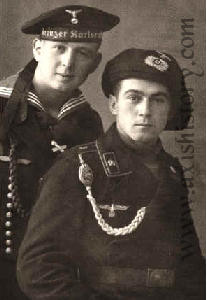 The Heer (OKH) instituted the Schützenschnur in 29 June 1936. The first version had 4 grades (in German: Stufen) for infantry soldiers (rifle men = Gewehrschützen) from infantry, mountain, motorized infantry, parachute etc. units as well as 4 grades for artillery soldiers.
This versions plaque was a smaller shield in silver tint with the German Eagle with a swastika in its clutches in the mid of the shield. This was also the 1st grade of the infantry's form. The 2nd grade had one acorn (Eichel) hanging at the end. Each grade got one acorn (in silver tint) in addition.
The first grade of the artillery's form was identical. The 2nd grade had an artillery shell hanging at the end. The 4th and highest grade thus had three artillery shells.

Only soldiers (private ranks) and NCOs (corporal ranks and sergeant ranks and officer cadet ranks) did wear a Marmansh. Lanyard.

A similar award existed in the Luftwaffe 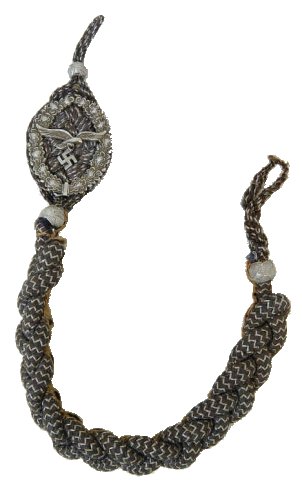