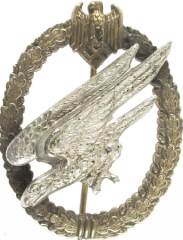 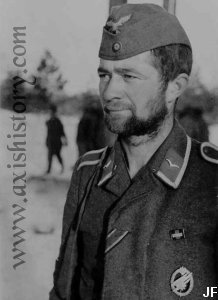 It was awarded the first time on 10 September 1937 to men of the Fallschirm-Infanterie-Kompanie during the maneuvers in Mecklenburg.
Two patterns of the badge existed. A cloth version also existed although no photos of it is use exists.

Eric Queen - Red shines the sun: A pictoral history of the Fallschirm-Infanterie