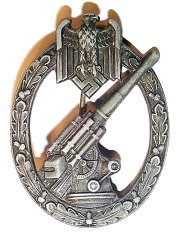 * Performing an act of bravery while on anti-aircraft duty, or
* Being wounded while on anti-aircraft duty, or
* Being the commander of a battery where half of the men have received the award
* Receiving sixteen points (4 points for destroying an enemy plane without support, 2 point with support and 1 point for the searchlight crew credited with first location). 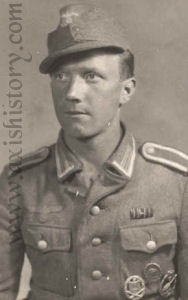 Marc Garlasco - The Flak Badges Of The Luftwaffe and Heer