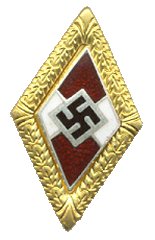 Exceptional service in or to the Nazi youth organisations. 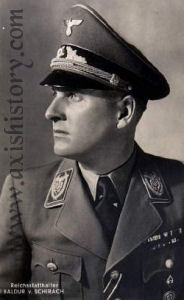 A Golden Hitler Youth Badge of Honour, Special Class (decorated with diamonds and rubies) was awarded to Baldur von Schirach 9 May 1942.