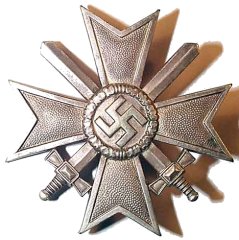 With swords:
* Repeated acts of bravery above and beyond the call of duty.
Without swords:
* Civilians or military personnel not directly involved in military operations who made major contributions to the war effort.

One recipient of note was William Joyce, "Lord Haw-Haw", an Englishman who made propaganda broadcasts for the Germans. 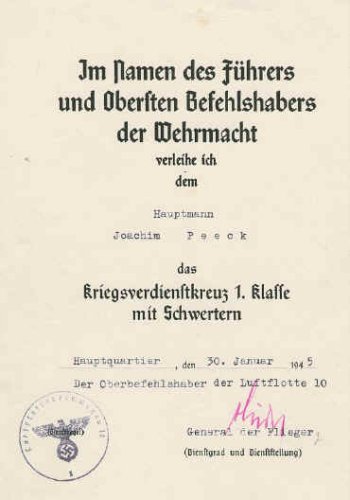 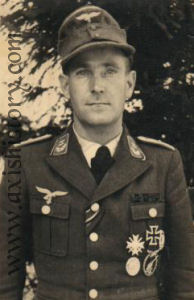 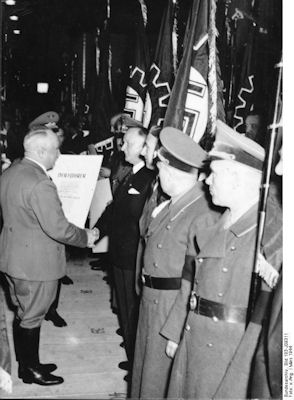 This award ranked below the Iron Cross.

The Kriegs-munsterbetriebsfahne awarded by the Deutsche Arbeitsfront (DAF) to factories for outstanding production in the armaments industry, was decorated by an image of this award.