Long Service Awards of the SS 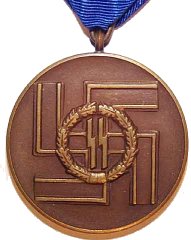 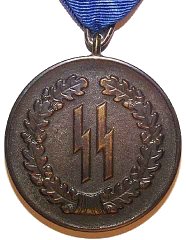 The text on the reverse of the medal reads "Für treue dienste in der SS".
The 4 years medal was not awarded to officers.

It was designed by Professor Karl Diebitsch.