Awarded to deserving members of the German Red Cross.

The recipients of the 1st Class with diamonds included Grand Duchess Sophie Charlotte of Luxembourg, Princess Olga of Yugoslavia and Crown Princess Elena of Italy

Following the attack on the Deutschland during the Spanish Civil War the wounded were transferred to Gibraltar where they were taken care of by a British military hospital, in recognition for this several of those involved were awareded with the Red Cross decoration, including the below:
M.G. Burton, Ladies Cross
Captain John Primrose Douglas RAMC, Cross of Merit
Margaret Paula Lewis, Ladies Cross
Cargill Lockhead, Ladies Cross
Sister Catherine McSharne, Ladies Cross
Commander H.J. Murphy, Cross of Merit
Nora Smyth, Ladies Cross 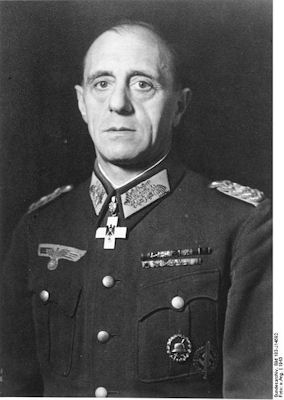 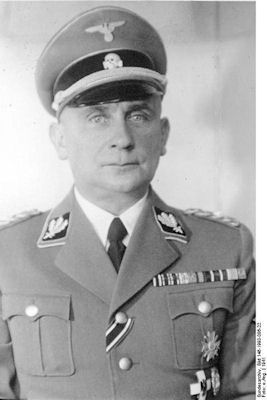 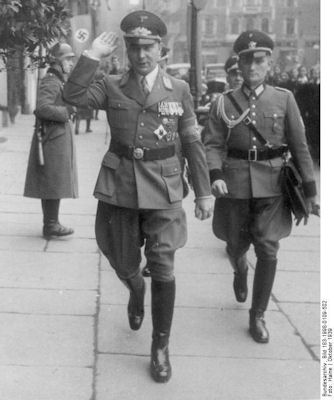 It was awarded in these grades 1922-1934:
1st Class (Erste Klasse) (a breast star be awarded in conjunction with the 1st Clss award)
2nd Class (Zweite Klasse)

It was modified in 1934 and was awarded in these grades:
Star (Stern)
1st Class (Erste Klasse)
Cross of Merit (Verdienstkreuz)
Decoration of the Red Cross (Ehrenzeichen des Roten Kreuzes)
Ladies Cross (Damenkreuz)

It was again modified in 1937 and was now awarded in these grades:
Grand Cross (Grosskreuz)
Star (Stern)
1st Class (Erste Klasse)
(this could be awarded with diamonds)
Cross of Merit (Verdienstkreuz)
2nd Class (Zweite Klasse) 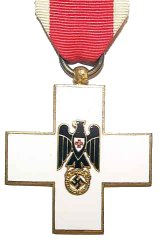 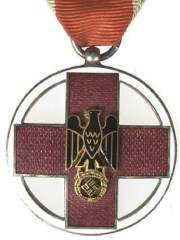 It was replaced by the German Social Welfare Decoration in May 1939.

It is interesting to note that a swastika was not added to this award when the design was modified in 1934 but rather in 1937.