Long Service Awards of the RAD

Having been a member of the RAD for:
1st Class - 25 years 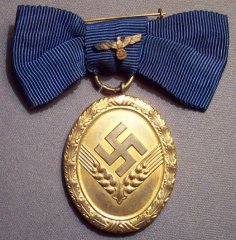 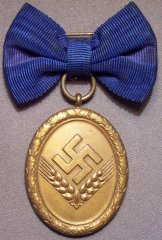 Two versions existed, one for men and one for women.

It was designed by Egon Jantke.