Awarded for merit or long service in the Fire Brigade 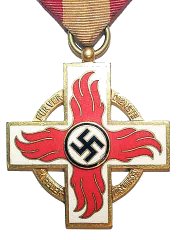 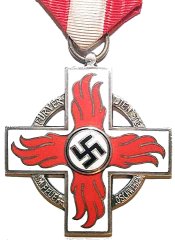 A similar medal was awarded in the Free City of Danzig.

It was designed by Herbert Knötel.