Awarded to Germans and non-Germans taking part in the Olympic Games in Berlin and/or Garmisch-Partenkirchen 1936 in a non-competing role. 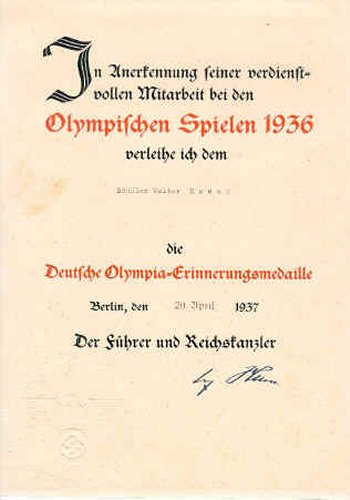