The Freikorps Werdenfels was formed on 21 April 1919 at Garmish-Partenkirchen. It saw action in Munich and the Ruhr.

All the soldiers in this unit wore Bavarian costume.

Members of this unit wore an armband in the colors of Bavaria (the top half in white, the lower half in light blue) with the inscription Freikorps “Werdenfels” on the top half. The badge of the Bayerisches Schützenkorps/Freikorps Epp was worn in the center of the band. (A less elaborate version without the inscription and bearing only a black diamond in the center was also worn.) 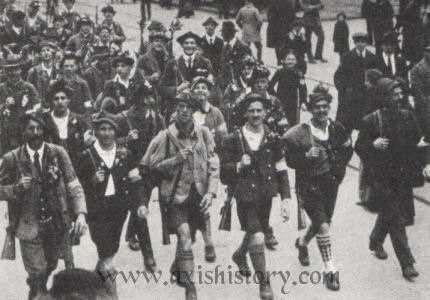