The Freikorps Schwarze Jäger was formed by members of the II. and III. Marine Infanterie Regiment in Wilhelmshaven in March 1919.
It was used to form Reichswehr-Brigade 9 in June 1919.

The name "Schwarze Jäger" comes from the dark blue uniforms worn by the Seebataillone. 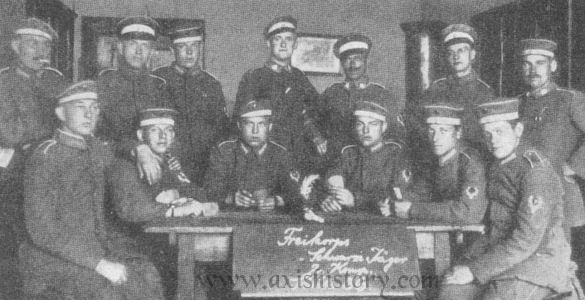