In the post-war Luftwaffe, the honour title Mölders lived on, on 22 November 1973 Jagdgeschwader 74 was given the title Jagdgeschwader 74 Mölders by Inspekteur der Luftwaffe Generalleutnant Günther Rall. The members of this unit wore a "Geschwader Mölders" cuff-title.
It lost the honour title 11 March 2005 following a decision by the Ministry of Defence published on 28 January.

The "Jagdgeschwader Mölders" cuff title was authorized for this unit 20 Dec 1941.

Spanish volunteers taking the oath in 1941 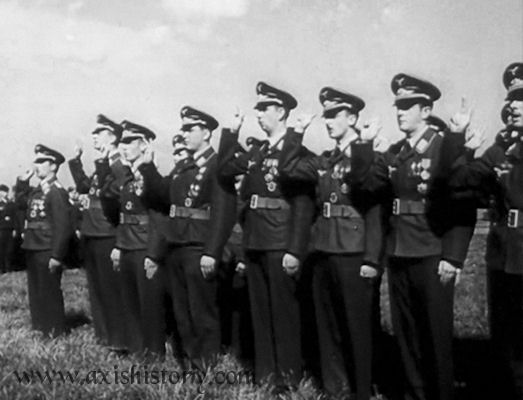