History of the NSKK

The history of the Nationalsozialistisches Kraftfahrkorps (NSKK) began on 1 April 1930 when the Nationalsozialistisches Automobil Korps (NSAK) was founded on the order of Martin Bormann. It was founded to organize all NSDAP-members who owned a car or motorcycle in a single nation-wide unit. The SturmAbteilung (SA) had organized these since 1928 in Kraftfahrstaffeln but these were poorly organized.
When the NSAK was formed the Kraftfahrstaffeln were not transferred to the NSAK but were reorganized as the Motor-SA. The members of Motor-SA were however automatically members of the NSAK, but not reverse. All commanders of NSAK were SA-officers but most of the regular members were not.

SA-Gruppenführer Adolf Hühnlein was made commander of the NSAK and suggested renaming it to the NSKK and this was accepted by SA-leader Ernst Röhm who was in the process of reorganizing the SA.

On 27 January 1939 the NSKK was made responsible for the training of drivers for the army in the NSKK Motor Sports Schools. When the war broke out the NSKK provided transports for the construction of the Siegfried Line (the defenses along the western border), assisted in traffic control, resettlement of Volksdeutsche from Soviet-controlled areas (in cooperation with the Schutzstaffel (SS) in the NSKK Kommando Volksdeutsche Mittelstelle), pre- and postmilitary training, assisting the armed forces with transport etc.

When Adolf Hühnlein died in June 1942 he was replaced by NSKK-Obergruppenführer Erwin Kraus. 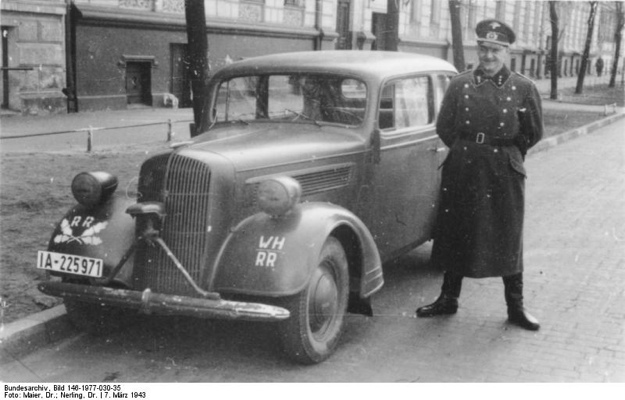