The Infanterie-Regiment 950 (indische), or Legion Freies Indien, was formed on 26 August 1942 from Indian volunteers fighting in the British 3rd (Indian) Motorised Brigade and other units captured in North Africa. It should also be noted that not all were volunteers, many were also pressured to join the unit. The Indians were recruited with the help of Subhas Chandra Bose, ex-president of the Indian National Congress, who had escaped India despite British surveillance.

On 21 January 1943 it was made part of the Japanese sponsored Azad Hind Fauj (Indian National Army), an "army" that would grow to include 3 divisions with a total of 33.000 men. Bose had left Germany in February 1943 on U-180 from Kiel and met up with the Japanese submarine I-29 near Madagascar, reaching Japan occupied Sumatra on 6 May. He then travelled to Tokyo were he got involved with Japanese plans. He did of the wounds he suffered in a airplane crash after take-off from Taipei, Formosa (Taiwan), 18 August 1945.

The 9th company, the one most reliable one, was sent to Italy in the spring of 1944 where it saw action against the British 5th Corps and the Polish 2nd Corps before it was withdrawn from the front to be used in anti-partisan operations. It surrendered to the Allied forces in April 1945, still in Italy.

Following the Allied landings in Normandy the activities of the partisans, Forces Françaises de l'Intérieur (FFI), began to increase and as the Allies advanced the Indians withdrew, loosing men both through combat and desertions.
It was transferred to the Waffen-SS in August 1944 and was redesignated Indische Freiwilligen Legion der Waffen-SS.


Italy also recruited Indians for their forces, they served in Battaglione Azad Hindostan of the Raggruppamento Centri Militari.

The Order of Azad Hind was awarded by the Free India Movement.

Soldiers of Legion Freies Indien, note the sleeve badge with the indian colors, a tiger and the text "Freies Indien" 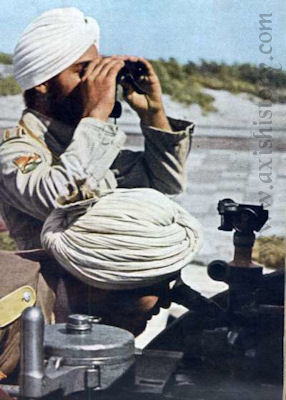 Soldier of Legion Freies Indien with an MG 34 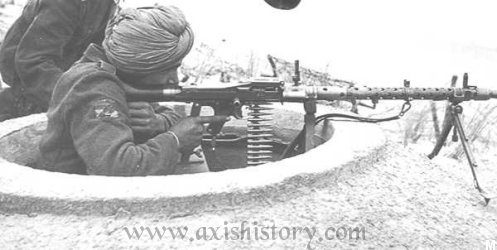 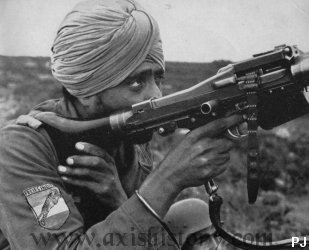 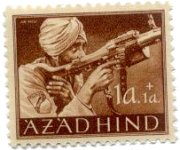 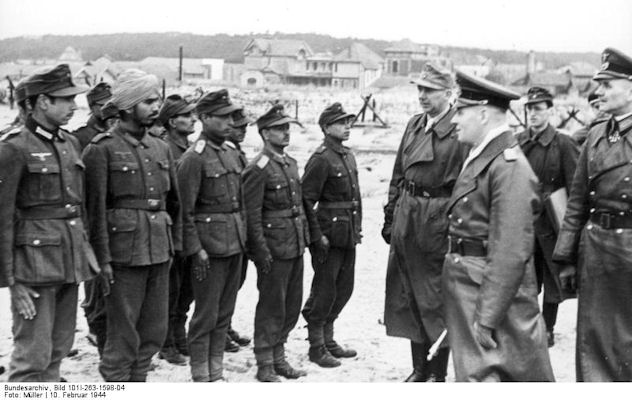 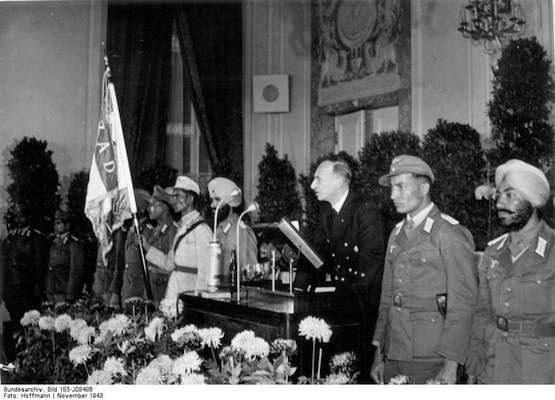