The Nordkaukasische Legion was formed in 1942 and was made up of volunteers from the Caucasus region.
It was used to form 162. (Turkistan) Infanterie-Division in 1943.

A sleeve badge in green/red with a white crescent and seven small stars in the green field and the text "Nordkaukasien" on top was introduced. A second design was later added with three yellow horse heads joined in a circle on a blue background with the text "Bergkaukasien" on top.

Sleeve badge of the second design 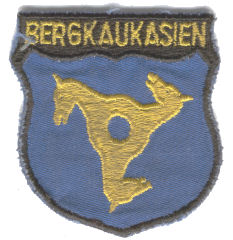 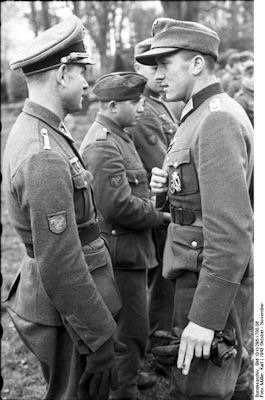