The Azerbajdzansche Legion (Azerbaijani Legion) was formed in December 1941 as the Kaukasischer-Mohammedanische Legion and was redesignated in 1942. It was made up mainly of Azerbaijani volunteers but also volunteers from other peoples in the area.
It was used to form 162. (Turkistan) Infanterie-Division in 1943.

A sleeve badge in the Azerbaidjani colors blue/red/green and the text "Aserbaidschan" was approved in 1942. A second design was approved in September 1943, this had a Muslim star and crescent in the center.

Sleeve badge of the first design 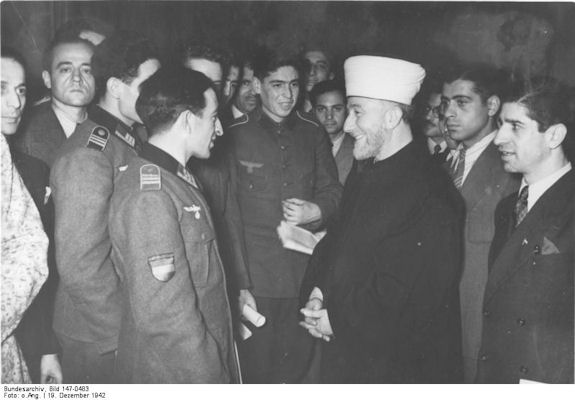