The Wallonische-Infanterie Bataillon 373, commonly known as Légion Wallonie (earlier designations were Corps Franc Wallonie and Légion Belge Wallonie) was raised on 8 August 1941 from Belgian walloon volunteers with strong support from the Rexist movement under Leon Degrelle together with a few Russians, veterans from the White forces in the Russian Civil War.
Unlike some other volunteer formations, the volunteers kept their ranks from the Belgian Army when joining the Wehrmacht. Degrelle was refused the rank of Leutnant which he felt would suit his political status and served as Schütze but he would soon raise rapidly through the ranks.
In October the battalion was sent to the Eastern Front and on 2 November 1941 it disembarked at Dniepropetrovsk where it met up with the Italian units fighting in the east. It was attached to first 101. Leichte Infanterie-Division and later to 100. Leichte Infanterie-Division in January 1942, it was used behind the front until February 1942 when it was actions on the front against the Red Army.
In May it was briefly attached to the 68. Infanterie-Division and then to the 97. Leichte Infanterie-Division where it remained until November.
It was upgraded and transferred into the Waffen-SS in June 1943 as SS-Sturmbrigade Wallonien. 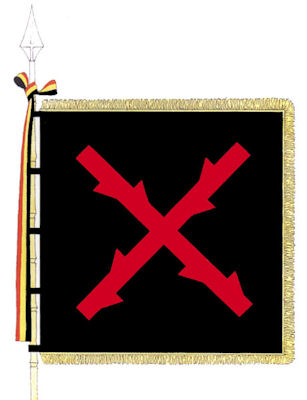 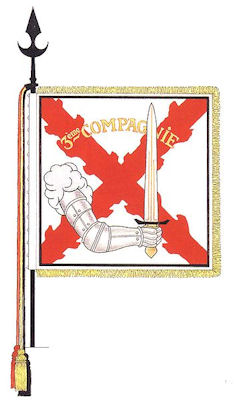 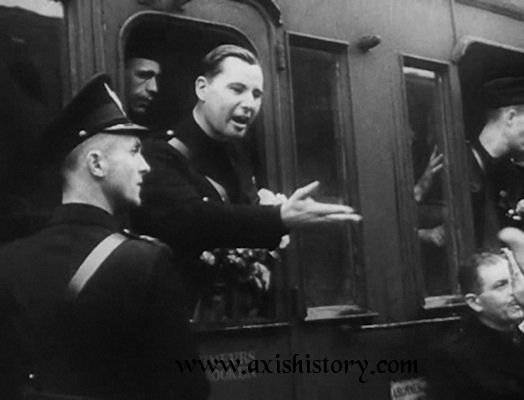 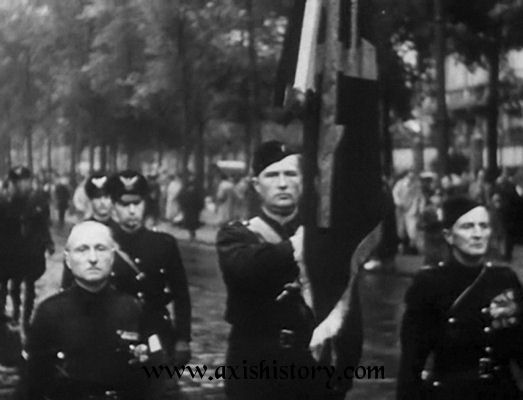 The volunteers marching towards the train station on 8 August 1941 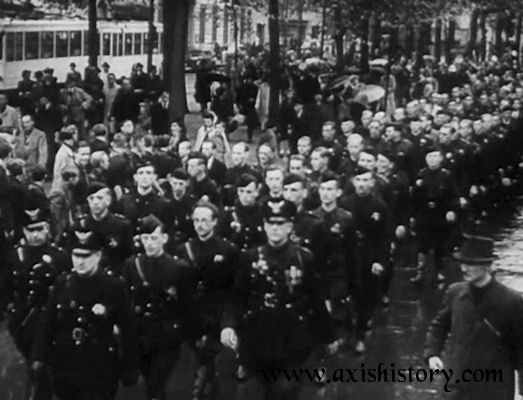