The Schwere Panzer-Abteilung 501 was sent to North Africa following the Allied landings in Africa. The first tanks arrived in Tunisia November 1942 and the second kompanie was used during the occupation of Vichy France and did not arrive in Africa until in January. It surrendered in Tunisia May 1943

It was reformed in September 1943 from the cadre that had not been sent to Africa and was sent to the Eastern front in November and fought at Vitebsk and Gorodok.
It was refitted with Tiger II (Königstiger) tanks in July 1944 and attached to Heeresgruppe Nordukraine. It fought at Radom, Sandomierz and Kleice before being disbanded and used to form Schwere Panzer-Abteilung 424 in December 1944.

Note. This table covers both Schwere Panzer-Abteilung 501 and 424 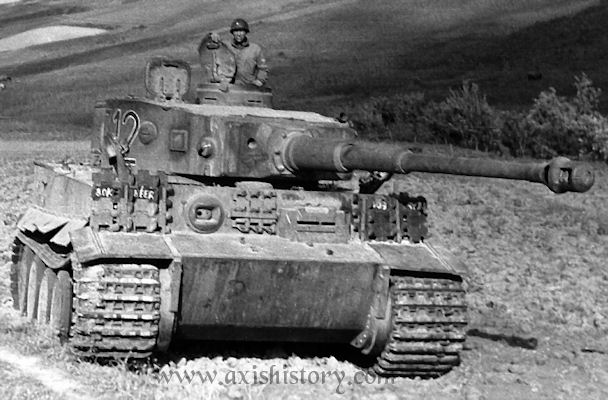 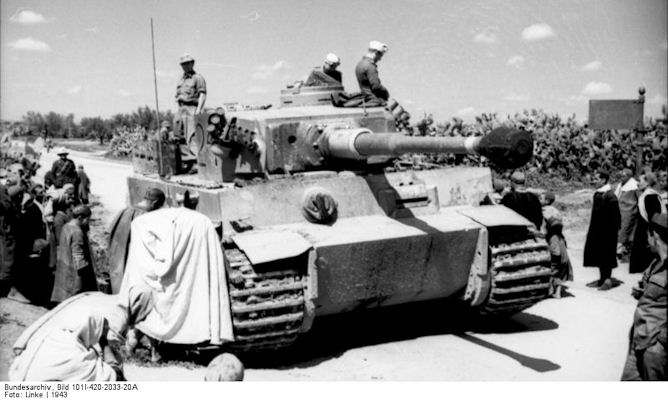 Tiger 134, possibly during missions in the Orscha region of the Soviet Union 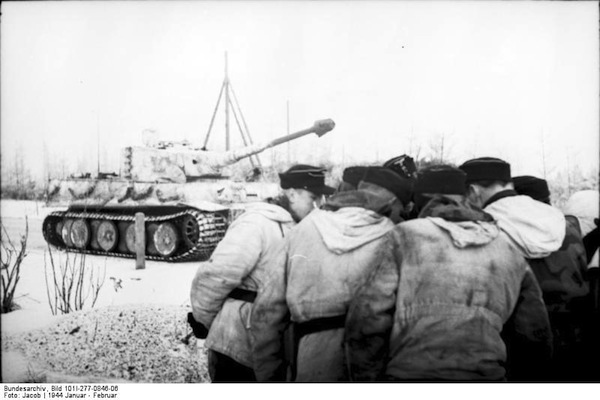 Tigers of sPzAbt.501 with Grenadiers from the 256. Infantrie-Division during Operation Hubertus 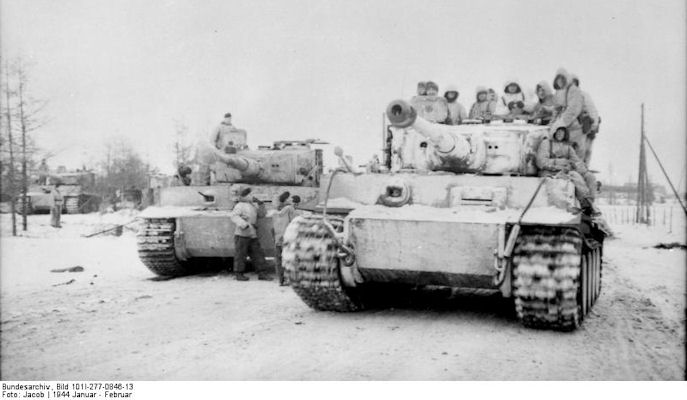 1. August Seidensicker was commander of Schwere Panzer-Abteilung 504 and was Abteilungs Führer of 501 since the unit with it's remaining 11 Tiger tanks were subordinated to 504 (Stab and 1./504) in Tunisia.