The schwere Panzerjäger-Abteilung 653 was formed in April 1943 from Sturmgeschütz-Abteilung 197 and was equipped with Ferdinand tank destroyers. In June it was transferred to the Eastern Front where it remained until the end of the year as I./Panzerjäger-Regiment 656.

It withdrew for refitting and in February 1944 the 1. Kompanie was sent to Italy where it took part in fighting the Allied landings at Anzio. In April the other parts of the abteilung was sent back to the Eastern Front where it remained until August.

In September 1944 it was ordered to be re-equipped with Jagdtigers as the first unit. In November it had still received only 16 such tank destroyers. It was sent to the Western Front in December and a few of the Jagdtigers took part in Unternehmen Nordwind attached to the 17. SS-Panzergrenadier-Division Götz von Berlichingen and in early January a few additional arrivals were attached to the 10. SS-Panzer-Division Frundsberg. Additional elements of the abteilung arrived later in January and they began a fighting withdrawal in March.

A Jagdtiger with the chassis number 305083 from this abteilung can be seen in the Kubinka tank museum in Russia.

Jagdpanzer "Elefant" at Nettuno in March 1944 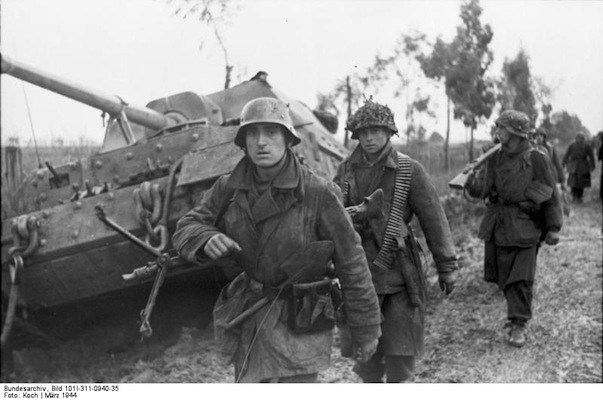 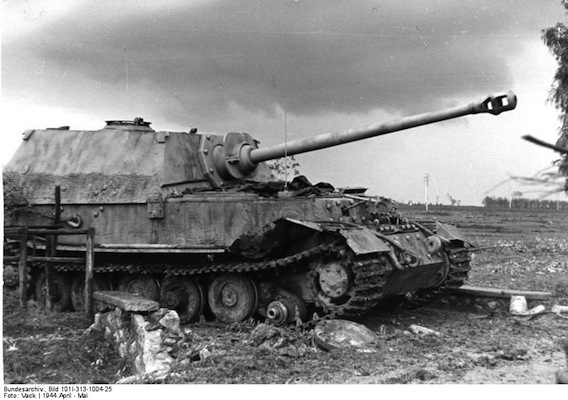