The Sturm-Mörser-Kompanie 1002 was formed on 22 October 1944 to be equipped with Sturmtigers, a self propelled armored mortar built on Tiger I chassi. It took part in the fighting in the Reichswald. In March 1945 it retreated across the Rhine and the last know combat was against the US 5th Armored Division near Minden on 14 April 1945.
It was transferred to the artillery and redesignated Sturm-Mörser-Batterie 1002 on 23 January 1945.

In some sources it is listed as Sturmtiger-Kompanie 1002.

An abandoned Sturmtiger of Sturm-Mörser-Batterie 1002 near Calbe 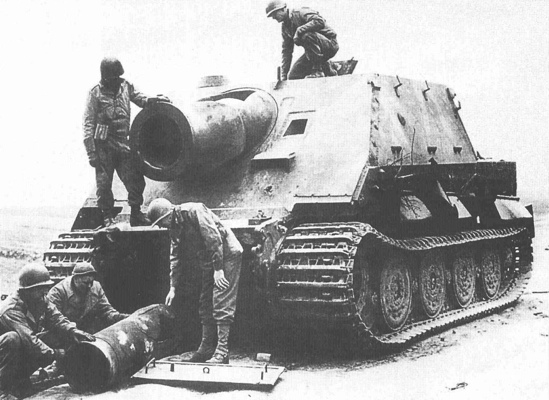