The Wach-Bataillon Großdeutschland was formed on 1 October 1942 by the redesignation of Wach-Bataillon Berlin. In the fall of 1943 a company under Leutnant Görlitz was detached to serve as a guard unit of King Leopold III of Belgium at the Royal Castle of Laeken.
Under the command of Otto Ernst Remer the battalion played an important part in preventing the men behind the July 20 1944 attempt on Hitlers life from taking control of key buildings in Berlin.

In recognition of his role in crushing the attempted coup Otto Ernst Remer was promoted to Oberst the following day and the battalion was expanded to Wach-Regiment Großdeutschland on 1 November 1944. 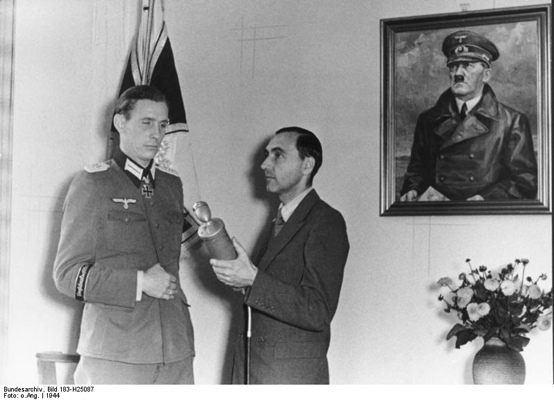