The Fallschirm-Panzer-Division 1 Hermann Göring was formed as Fallschirm-Panzer-Division Hermann Göring in May 1944 when Panzer-Division Hermann Göring was redesignated. It was withdrawn from the front lines to Toscana where it would be refitted before the planned move to France. When the Allied offensive towards Rome began on 12 May it was rushed to the front where it was pushed back and the Allies entered Rome on 4 June.
It was removed from the front at Florence on 15 July and was transferred to the Eastern front. It fought the Red Army's III Tank Corps north of Warsaw with SS Panzer Division Wiking and 19. Panzer-Division, where the soviet forces were destroyed. The Red Army then halted its offensive towards Warsaw (Stalin had no interest in helping the Polish Home Army (Armia Krajowa) which had begun fighting in Warsaw on 1 August) and an offensive at Magnuszew.
It fought the soviet offensive in East Prussia Oct 1944 and later took part in the static fighting November 1944 - January 1945. It was sent to Radom in January 1945 where it fought the Soviet winter offensive but was soon forced to retreat towards Upper Silesia.
When the war ended it was fighting near Dresden and tried to reach the western Allies but was encircled by the Red Army and only a few soldiers reached their destination.

This unit was one of those singled out in exhibit UK-66, the British report on "German reprisals for Partisan activities in Italy" at the International Military Tribunal (IMT) war crimes trial at Nuremberg:

Evidence has been found to show that a large number of the atrocities in Italy was committed by the Hermann Goering Parachute Panzer Division. Notable offenders also were 1 Paraschute Division, 16 SS Panzer Grenadier Division and 114 Light Division. (2)

Dr. jur. Heinz Göring (nephew of Reichsmarschall Hermann Göring; killed in action 29 July 1944 near Pogorzel, east of Warsaw; posthumously promoted to Hauptmann)
Heinrich Schwarz (One of four people to be awarded the German Cross in Gold twice, once by the Heer and once by the Luftwaffe)

The "Hermann Göring" cuff title was used by this unit. 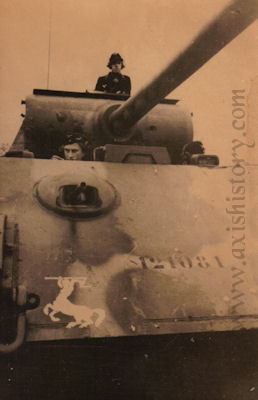 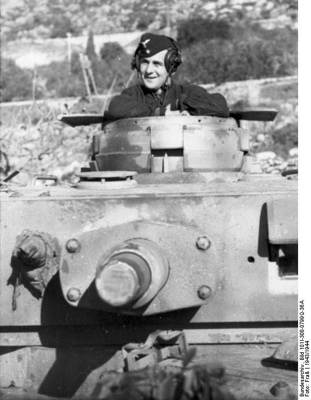 1. One of four known and proven cases of a German Cross in Gold double award, that is awarded twice by the Heer and Luftwaffe (here) for the same action. [de facto Doppelverleihung] It is not known if the awards and the documents were handed out twice in fact (recipient or relatives) and therefore the award has to be considered a double award officially [de jure]. Source : research of author Veit Scherzer, scherzers-militaer-nachrichten-de, article from March 2007.
2. UK-66, the British report on "German reprisals for Partisan activities in Italy" at the International Military Tribunal (IMT).