The 16. Luftwaffen-Feld-Division was formed on 1 December 1942 by the XIII. Fliegerkorps. It was transferred to the Heer on 1 November 1943 and redesignated 16. Feld-Division (L). It was deployed in the Hague-Haarlem area of the Netherlands as an occupation force. In June 1944, the division was sent to Normandy under the control of Heeresgruppe B and was placed in the front lines on 2 July. The British launched an offensive the day after the division arrived and, by late July, it had been effectively destroyed in the defense of Caen. The division was formally dissolved on 4 August 1944. Its remaining infantry was allocated to the 21. Panzer-Division while other elements were used to form the 16. Infanterie-Division.

Soldiers of 16. Feld-Division (L) near a factory in Colombelles, France 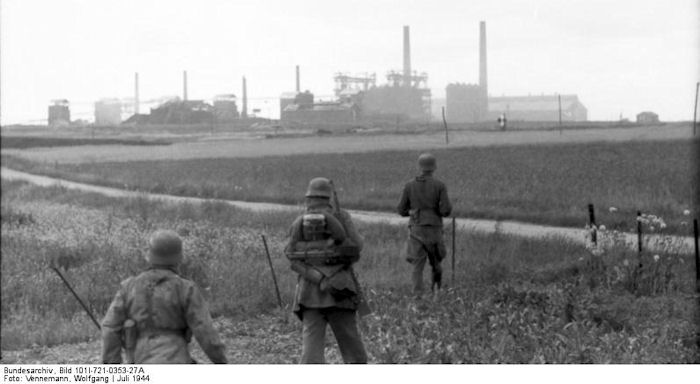 Soldiers of 16. Feld-Division (L) at a medical station under a bride in Colombelles, France 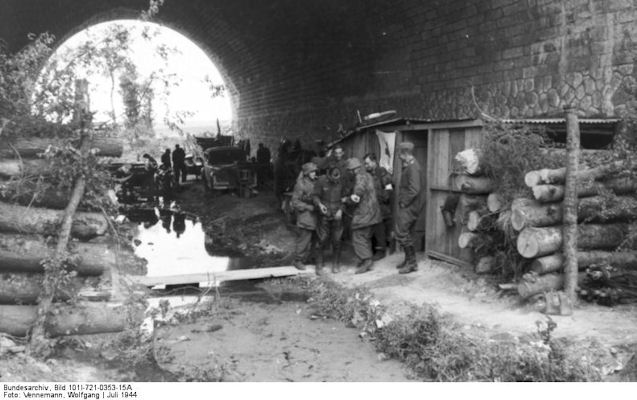