The 6. Gebirgs-Division was formed in 1940 and served as an occupation force in France before being transferred to Poland. It then took part in the invasion of Greece and remained there until September 1941 when it was transferred to Norway. It took part in the invasion of the Soviet Union and the offensive towards Murmansk, it remained there until late 1944 when it retreated to Norway following the Finnish withdrawal from the war.

A sled dog unit was set up by the Swedish volunteer Åke Aspegrén and attached to the division. He was a well-known dog breeder in Sweden and his sled dog teams were featured in several magazines during the inter-war era.
He volunteered for the Swedish volunteer unit serving in Finland during the Winter War but arrived too late to take part in the war. When Finland was again at war he once again volunteered but due to his interest in winter warfare he joined the German forces assigned to the northern sector of the front and late in 1941 he was accepted and arrived in Finland early 1942. The concept with sled dogs were first tested within the Gebirgsjäger-Regiment 141 and when it was shown successful a separate sled dog unit was set up under Aspégren. The unit was used primarily to support raids behind enemy lines and was as far as known the only one of its kind in the Wehrmacht.

On 27 April 1945, the Republic of Austria was proclaimed with Karl Renner of the Socialist Party named the president and chancellor of the provisional Austrian government. In early May, he broadcasted a message that all Austrian soldiers of the German Armed Forces were to surrender. The broadcast was heard by the soldiers in the 4th Battery of Mountain Artillery Regiment 118 of the 6th Mountain Division based near Signaldalen. Oberst Josef Remold, the division commander, immediately issued the order: “6th Mountain Division do not obey this order, and do not capitulate. It is strictly forbidden to listen to the radio. The German salute is to be used! Oberst Remold. Heil Hitler!”
However, the artillerymen of the 4th Battery killed their officers, Hauptmann Dirmbacher and Oberleutnant Fromm, and led by Obergefreiter Bruckner, they split into two groups, one of 48 men, and one of 11 men. The large group reached Sweden where they were interned while the smaller group was captured by the Germans. On 10 May 1945, four of the 11 mutineers were executed upon the approval of the death sentence imposed by General der Gebirgstruppe Ferdinand Jodl, the Commander-in-Chief of Army Detachment “Narvik.” The executed were Rudolf Zatsch, Josef Wenzl, Leopold Wickenhauser and Hartmut Feyertag.
This is known as the Signaldalen Mutiny and was one of the mutinies that took place in the Wehrmacht. 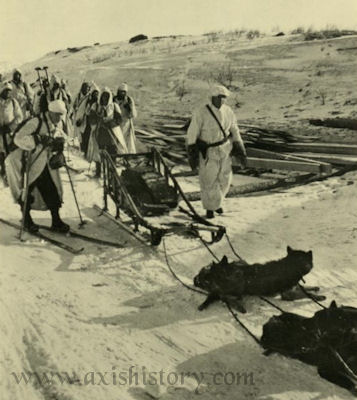 Generalmajor Ferdinand Schörner in a discussion in Bulgaria in March 1941 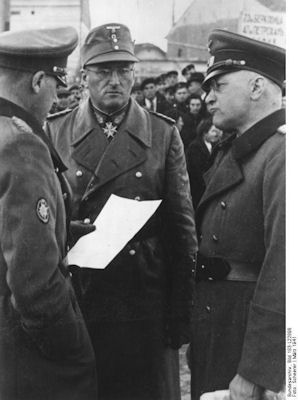