The Festung Brest came under attack from the US VIII Corps under under Lieutenant General Troy H Middleton in early August and it would take three weeks of heavy fighting for the Allies to capture the city. By the time the city fell the harbor was so damaged that it was of no use to the Allies.

Lieutenant General Omar Bradley talked to George S. Patton about the decision to concentrate US resources into taking Brest when it was of limited value:

I would not say this to anyone but you, and have given different excuses to my staff and higher echelons, but we must take Brest in order to maintain the illusion of the fact that the U.S. Army cannot be beaten. (1)


The 266. Infanterie-Division was en route to help the forces in Brest when it suffered heavy losses against the US forces. 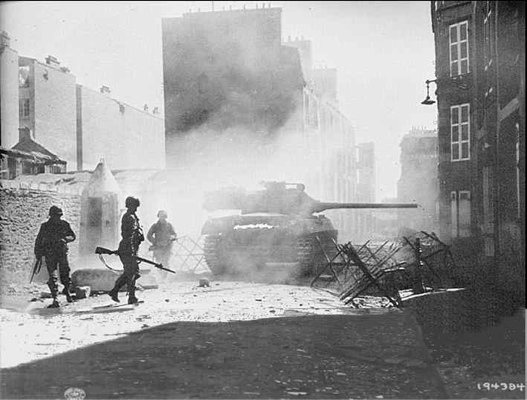 - None known at this time-