Apart from the famous pilots in the Spanish Civil War, Germany also sent ground troops to the nationalists in Spain to serve as instructors, these were called Gruppe Imker (Group Beekeeper) with the panzer units being called Gruppe Drohne (Group Drone).
On 20 September 1936 the men from the Ist and IInd Battalions of Panzer Regiment 6 of 3. Panzer-Division was asked if they wanted to volunteer for a foreign assignment, almost all of them agreed. They were transferred to Döberitz were they were given civilian clothing and was informed that they were not members of the Wehrmacht during this mission, they were then transported to Stettin and by boat to Spain along with panzers and other equipment.

Once in Spain they started training the nationalist forces within a few weeks. When the Spanish students had completed their tank training, they retained their Panzer I and the training units received new tanks for the next course. The German tanks were of limited use against the Soviet T-26 ranks provided to the Republicans so in addition to the Panzer I sent from Germany, they also made use of captured Soviet tanks in their training.

An estimated 56.000 Spaniards took part in the training provided by the Germans.

Officers training at Avila in 1939 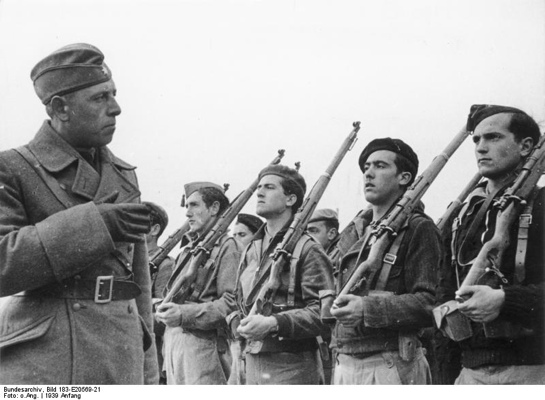