Big ammunition depot with 3 rooms. The bunker has one opening in each end, making it possible for small ammunition trains to run through it. 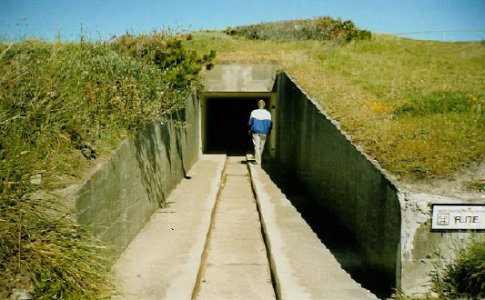