This bunker is nearly the same as the R501, but seems to be a light version due to lack of entrance defense, and reduced wall thickness. 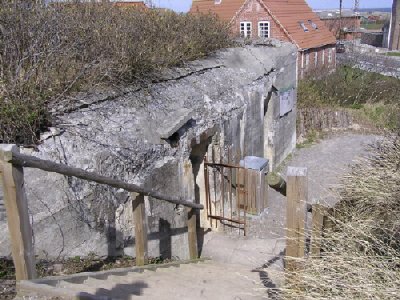