Rather rare bunker for a gun crew of 6 men including a small storage room for ammunition. The few built are found in connection with artillery emplacements. 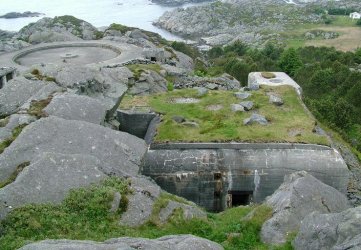