Common bunker which served as fire-control for medium coastal batteries.
A rangefinder was placed in an emplacement on top of the bunker. The slit in front were used for observation of targets. 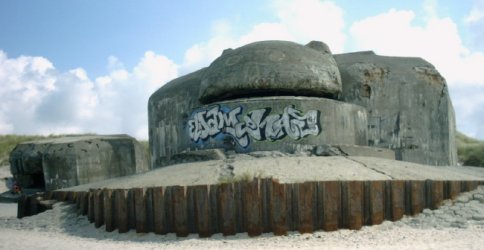