This newly discovered bunker is probably the only known in the AW.
A 7P7 machine-gun plate is added at a 45 degree angle on the roof and serves as cover for the observation room! 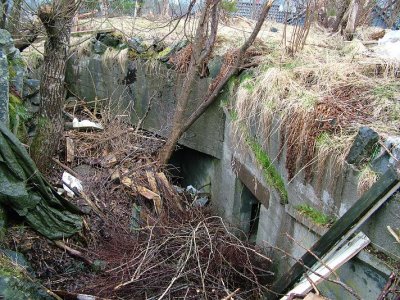