One of the most common bunkers in the Atlantikwall. This bunker had only one room which served as shelter for up to 8 persons. 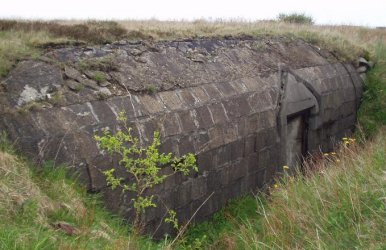