Very rare bunker, only 2 are known to survive today. This is the only Regelbau which have "Heinrich wellblech" roof inside (And still not belonging to the Vf series!) 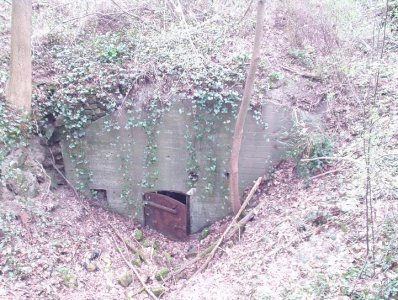